Floods of 2015: A crash course on everything that went wrong.  15th of November, 2015 when we were preparing to get battered little did we know that we would be witnessing a record downpour. These rains triggered the disaster volunteer in us to reach out to villages that we have never heard of and experience a great human story.

Day 1: Watching that regular news update on record rains across TamilNadu was exciting breaking news, however, there was an underlying current that was not being reported on.

11:40am: News of the Perumbakkam Lake breaching its bunds to enter neighboring colonies would be just another lake overflowing story. However, to those who have volunteered at this lake, one would be alarmed to understand that THE PERUMBAKKAM LAKE is FULL. A lake where 7ft trenches with an additional 8ft bund stands. It must be record rains indeed for the Perumbakkam Lake to be full. Then news kept flowing in just as the flood waters:

Arasankazhani lake: full ( A lake that has been dry for the last 3 years)

Mudichur lake: Full n overflowing (A lake that was a dumpyard until 3 months ago.) Same was the story with Keezhkattalai, Narayanapuram, Thiruverkadu, Thazhambur and many other lakes…

These aren’t waterbodies that would fill up, as their channels are blocked and the usual urban encroachment story. But, if they are full despite all those reasons, then the rain gods have given us in plenty.

Those friendly neighbors who helped us clean these lakes were now marooned and in some cases were living with 4 to 5ft water in their colonies. EFI decided to put together an emergency flood relief kit and reach out to those worst affected.

Quick Highlights from the days of flood relief work in Chennai:

When we all were focussed on that drowning bus in the Saidapet subway, there were people who were clutching on to whatever they could to stay alive in Cuddalore district. Here is a ground report from at least 3 of those villages.

a. Neyveli Lignite Corporation’s flood waters played havoc in these villages. The discharge led to a devastation with cattle and livestock being washed away in this village. Damage to houses was visible.

2. Sirupalaiyoor: Cuddalore, an established town. A village that is 27kms from Cuddalore could not be that remote was the belief. 27kms in an hour on bad roads was the calculation, record rains, thus record travel time. 27kms covered in just a little over 3 hours 30 minutes. A village so cut off from Chennai, S.Palaiyoor is an India that we all need to know more about.

a. Thane cyclone ravages the village and now the floods of 2015. Water rose to heights of close to 5 ft, with 2 adults drowning and being washed away. Several cattle and livestock dead with damage to crop. A farming community where their peacocks and rabbits are proof of prosperity, this village is all set to bounce back ONCE AGAIN in no time.

3. Killai: Minutes away from the Pichchavaram Mangrove this coastal hamlet has played the victim in several calamities. They shrug it off and are prepared for the next.

a. A sizeable coastal tribe live in the depths of the Pichavaram Mangrove and the adjoining fishing community who are struck by calamities, yet prepared.

Misgovernance, modern greed and lack of scientific approach are all definite reasons to these sufferings. However, putting aside all negativity, we need to move on with a focus on rebuilding the right way. Respecting nature is neither a Choice nor a compulsion, it is Common Sense. 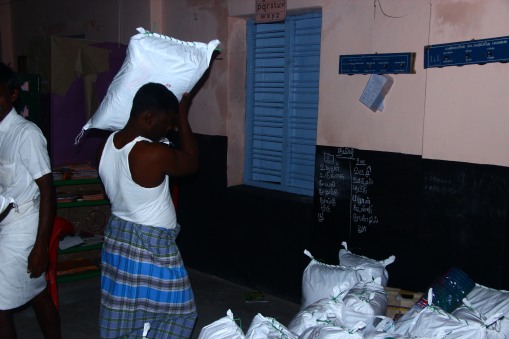 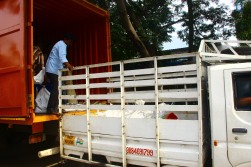 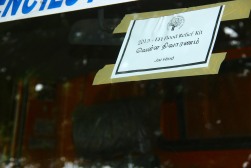