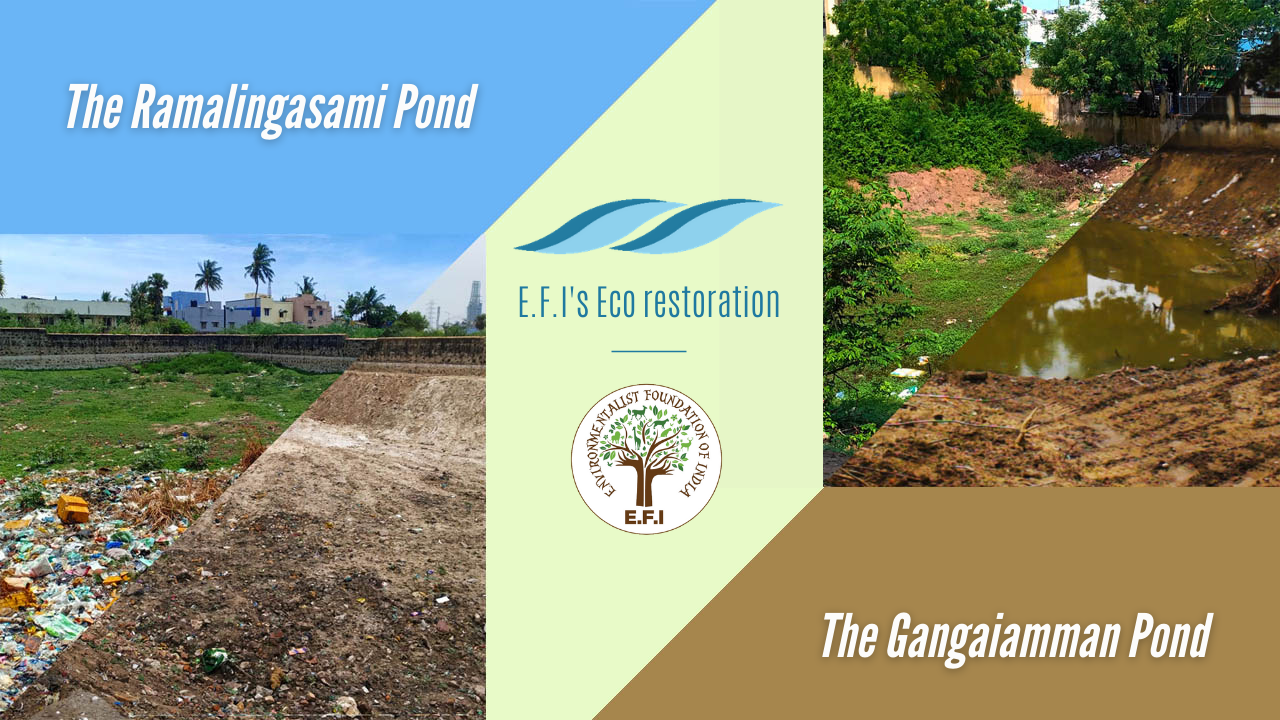 Tiny little ponds, located in densely populated neighborhoods of North and West Chennai, these ponds were exploited and abused over the years.

With no one to respond to their cries for help, E.F.I in association with the Greater Chennai Corporation took on the task of reviving the Ramalingasami Pond in Chinnasekkadu and the Gangaiamman Pond in Maduravoyal.

In less than a month, these ponds were ecologically restored and were transformed into suitable habitats for several life forms. Urban water bodies in developing neighborhoods being focused to ensure a water positive future for all life forms.

The before and after photos of the Ramalingasami Pond Restoration in North Chennai.

The before and after photos of the Gangaiamman Pond Restoration in West Chennai.

The Gangaiamman pond, which never used to dry up has now shrunken in size and completely dried up owing to the summers. Watch what the residents had to say about this #EcoRestoration on E.F.I’s Lake Night Show!

We thank the residents of Chinnasekkadu, Maduravoyal and all those who have supported us in these restorations.

Volunteer for India and her Environment with E.F.I, Jai Hind

2 thoughts on “Dumpsite to neighborhood pond. The Chennai Pond Story.”